« Back to News and Events « Older Entry | Newer Entry »

The inaugural Coast to Coast Heritage Motoring Tour was held on May 22nd.

Starting at the original Bay to Birdwood Start venue, Wigley Reserve, about 80 cars assembled which was a little less in number than we thought would be there.

The route was coastal to Semaphore then over the waterways of Port River and West Lakes to Port Adelaide and the ground of the Aviation Museum.

There was not a lot to do here if one had visited the Aviation Museum recently as we had but there was a shuttle bus to the City of Adelaide Clipper vessel with discounted entry fee.

Also the National Railway Museum was next door but much time was spent chatting with others.

The big problem was that the rains came and really dampened proceedings and a lot left early.

All in all an interesting run and as it was the first of what is to become an annual event maybe a few small improvements could be made.

The intention of the organizers is to run Glenelg to Port one year and in reverse, Port to Glenelg the next and so on.

One definite is that the event does need more vehicles but as already said his was the first it can only improve.

For the $10 entry fee we got access to the run, a sausage sizzle each, a soft drink each, a programme and $5 discount at the City of Adelaide Clipper vessel. 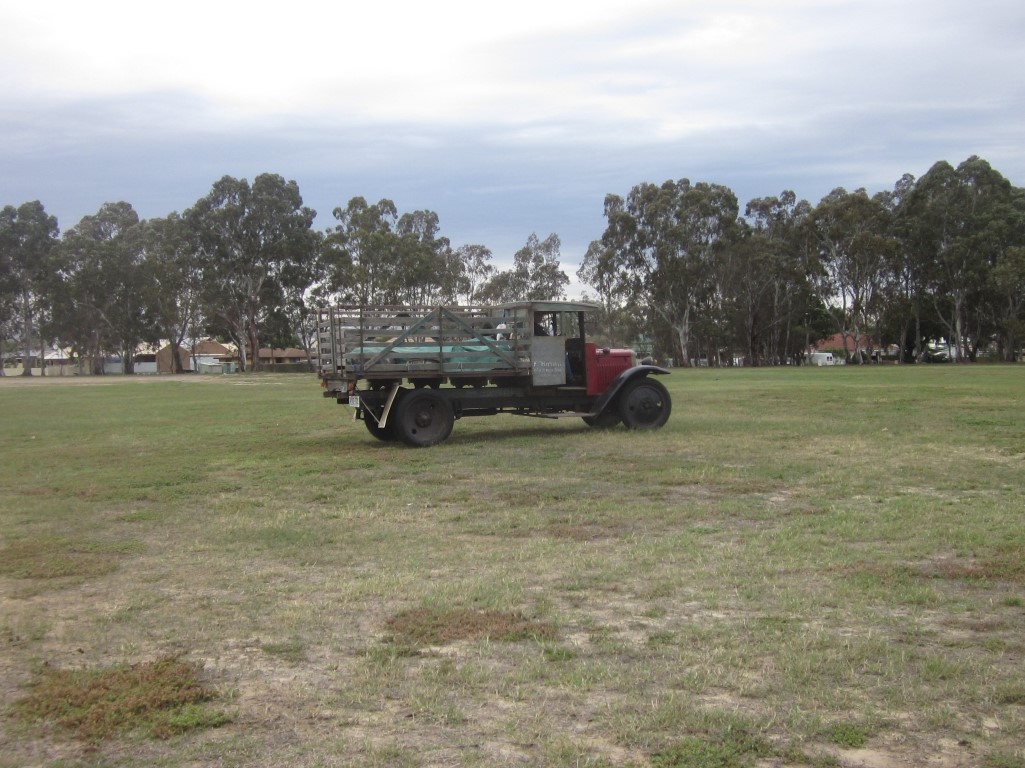